Something Small Every Day – Wisdom from Austin Kleon

I just read a very inspiring article by successful author and creative, Austin Kleon. You might know him better by the title of his well-known book, Steal Like An Artist, which doesn’t encourage anyone to take someone else’s specific work and claim it as their own but rather to say that really nothing is completely original anymore. Someone else either had the same idea and implemented it in the past without your knowledge or a part of the idea has been done and you are taking what has been accomplished and adding to it or reworking it. Many parts make up a new whole.

In the article I just read, Want to be an artist? Watch Groundhog Day; Kleon talks about how artists often look to their past success to define themselves. Rather than move forward happily with deliberate daily work, they look back to what they previously felt was their success and compare everything to that in. His thought- and I concur- is that those who keep going every day and who keep doing, creating and honing their craft reach true success.

Success means different things to different people, of course, but Austin is a big fan of those people who felt successful or were even famous, yet kept on working and striving day after day to get better. It is the point of the article that those who keep working are the ones who are truly successful.

I recently was inspired by the BBC’s feature on Madame Suzanne Poole, a ballerina and teacher who is still dancing at nearly eighty years old. She is the epitome of a person who defines her success, not on the past, by by enjoying and teaching her craft.

If you have never read Austin Kleon’s books, jump over to his blog and check them out. There are lots of great articles to read and I bet you will also become a fan if you have a chance to read him.

I’ll leave you with a quote from the article:

I agree. Let’s do just that. 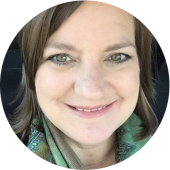 I am an artist and illustrator located in Florida who has a passion for living life to the fullest through my work. I work both traditionally and digitally and feel so fortunate to be able to connect with other artists all over the world daily. I am also a bit addicted to dogs, especially my two goofy pugs!

Creating Patterns is Making Me Happy!

Welcome! Learn More About Me